Last Tuesday I saw that Bernie, a man in his seventies, was holding like 5 rallies in 5 different states in one day. I was patting myself on the back because I thought about going to barre that day.

Hillary states are done. Most of the remaining states are pretty solidly Bernie states. His “mathematical” chances at winning the nomination are still alive.

Six months ago all of America thought a Trump nomination was insane. There was no way we’d buy into his foolishness. And then he went xenophobic and we thought he’d lose people then. Then he went straight up violent and now we’re pretty certain that he’ll be the Republican nominee.

I know it seems insane, on this side of the election, that he could become our next president, but I really think it’s possible. And I don’t believe that Hillary can stop him. I feel insane typing that, but I think America is very pissed right now, and I truly don’t believe that she’s going to win America’s hearts or votes in a general election against Trump. The Republicans were naive enough to think people would “come to their senses.” I don’t want to repeat the Republicans’ mistake.

But I do believe that Sanders can beat him because he’s Trump’s exact opposite. He’s trustworthy. He’s a servant of the people. He’s a representative. He’s always done what he says he will do. He looks out for the little guy. He looks out for us. 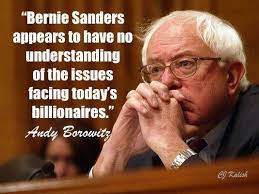 (I have so many thoughts. Sorry.)

Bernie has every reason to give up. No one would blame him. But he hasn’t given up on us, so it would be just the very best if we didn’t give up on him.

There are lots of ways that we can help Bernie blow out the western states:

Donate
I can’t tell you how amazing it’s been to know that his campaign hasn’t died because millions of people keep giving him $27. He hasn’t had to accept money from corporations or super pacs because the people know what’s up. One of Hillary’s people recently said that this would all be over if Bernie wasn’t so good at raising money. He said, “They lose a state and they give money, they win a state and they give money. It’s insane!” Be insane.

Facebank
https://www.facebook.com/groups/FacebankingforBernie/
This has been how I’ve volunteered. I find my friends of friends that like Bernie in states that are about to vote and I invite them to events that remind them to vote and give them all the info they need to make sure they get to the polls. It took me no time (maybe 30 minutes) to Facebank for all of the 5 states from last week. You can learn how to Facebank here: http://feelthebern.events/

Phonebank
I haven’t phone banked, but I will. This terrifies me because phones are from the devil, but that’s how much I believe in Bernie.https://go.berniesanders.com/page/content/phonebank

And then this reddit site has been how I’ve stayed in the loop with how to help with the campaign https://www.reddit.com/r/SandersForPresident. And if you’re in Middle Tennessee you can join this group https://www.facebook.com/groups/1113071702050558/

I fully realize that this is silly. That his chances are slim. But it isn’t often that we get the chance to support a candidate like this and I really don’t want to sit on the sidelines.